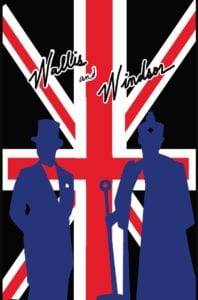 WALLIS AND WINDSOR takes us back in history to the abdication of the British throne!

Set in 1930’s London, WALLACE AND WINDSOR is the extraordinary true story of two Kings. Brothers. One who gives up the throne for the woman he loves . The other who must take his brother’s place in history by embracing the throne and with the support of his majestic wife, become one of Britain’s most beloved Kings!

In our musical, WALLIS AND WINDSOR, it’s Broadway meets Buckingham Palace! Here, London’s Café Society is done up in the fashion of the popular “Gold Digger Musicals” of the 1930’s. The story may be set in merry old England, but there are plenty of Yanks in this romantic Royal tale to go around.

WALLIS AND WINDSOR manages a splendid balance of humor and drama, while bringing to the stage a fresh and powerful exploration of this historic chain of events set to SONG AND DANCE! Boasting credible witnesses like Sir Winston Churchill as Master of Ceremonies,  this epic tale unfolds with all the wit and charm under an English sun, where stakes are high, love is passionate . . .

and war looms on the horizon! 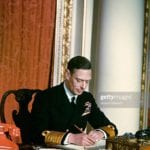 Jonnie Bross began her career as a writer at the tender age of three, composing lyrics to Prokofiev’s “Peter And The Wolf.” Music and lyrics were in her blood.  As a teenager she went on to write songs for some of recording’s top artists while juggling an acting and modeling career.  But Jonnie knew all along that her heart and passion were in words, lyrics and music.  She left the world of acting and modeling to raise a family of six children in the suburbs of New Jersey where she continued to write, including the jingles for the first SAAB COMMERCIALS in The US… all while raising her family!  During that time Jonnie wrote the lyrics for JAZZ IS HIS OLD LADY AND MY OLD MAN, for Jazz Hall Of Famer, EARL FATHA HINES’ final album. When her children were in their high school years Jonnie wrote original musicals based on popular classic fairytales…all with a sophisticated edge! Her musician sons composed the music and the whole family played roles. The shows took off in local theaters and the family performed them all over the tri-state area. THE SHOE played in many THEATERS on both coasts including a successful run at THE HAMLET THEATER in New York.

In addition, THE SHOE played in Norway on a commission by the Princess of Norway. As well, Jonnie wrote a song for PRESIDENT BILL CLINTON’S first inauguration with music by three time Cleo Award winner and arranger Malcom Dodds as well as the song ’HOMELESS,’ performed by the SOUTHWEST FLORIDA SYMPHONY ORCHESTRA AND CHOIR. Jonnie began writing musicals with more adult themes including, PUCKAMUCK, a satirical take on Shakespeare’s A Midsummer Night’s Dream.  PUCKAMUCK Premiered off Broadway at THE JOHN HOUSEMAN THEATER and a full season at PLAYHOUSE 22 in BUCKS COUNTY, PA. In addition to WALLIS AND WINDSOR, Jonnie is in development on several musical’s including, MANORS AND MATRIMONY, based on the classic novel Pride And Prejudice and THE CAT’S MEOW based on the movie written by Steve Peros and directed by Peter

Ms. Bross grew up performing in her mother’s (Jonnie Bross) Original Children’s Theater and soon began her own writing career with several award winning films. Her contribution to an adaptation of Dickens’ A CHRISTMAS CAROL, won the Special Jury Award at the Young Film Makers Festival, sponsored by PBS.  Additionally, few at the festival recognized Jenny in the film as Scrooge himself.  Ms. Bross also wrote and produced PEARL, an original, hour-long, live action narrative based on the life of a homeless woman living in New York City.  Pearl won an award at the Third Annual Tri-State Film Festival. Later Ms. Bross became a writer on THE PUZZLE PLACE, an Emmy nominated, daily, half-hour children’s television series, which aired nationally on PBS from ’95 to ‘99.  Since that time Ms. Bross has developed projects like a children’s interstitial program called ‘Smart Hogs,’ published a miniature book called ‘Geehickity Squamplatt,’ (1994 Pequeno Press), part of the Getty Museum’s Special Library Collection.

Jenny has also written two Middle Grade Children’s novels, ‘Starring Orson – Tale Of A Hollywood Cat,’ which she illustrated and ‘Sally Mature,’ which she adapted into a screenplay. She also collaborated with her brother, Film Director Eric Bross on a children’s picture book ‘Ethan And The Hungry Gorilla!’ Most recently Jenny co-wrote with her mother the Book for a historic Musical ‘Wallis And Windsor,’ the true story of the abdication of the British throne! 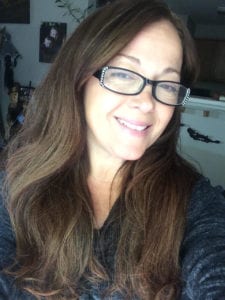 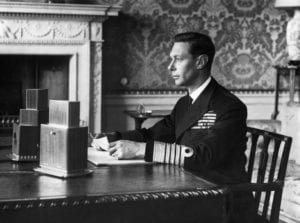 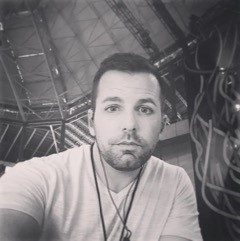 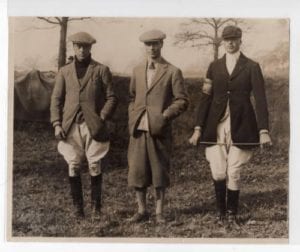 Michael Sobie is an award-winning pianist with credits encompassing film, television, and stage.

Michael is the pianist and conductor for Ramin Djawadi’s score to Reminiscence (Warner Brothers) as well as the pianist for the composer’s Surreal album, written to accompany the water feature by the same name at the World Expo in Dubai. He was selected by Djawadi to conduct the Game of Thrones Live Concert Experience, having previously worked with the composer as keyboardist and assistant conductor of three prior GoT tours. Additional screen credits include Locke and Key (seasons 2 and 3, Netflix), Amazing Stories (Apple TV), A Wrinkle in Time (Disney), The Mountain Between Us (20th Century FOX), A Christmas Story: Live (FOX), Too Funny to Fail (Hulu), John Piscitello’s score for Memory Games, and Noah Baumbach’s Oscar-winning Marriage Story (Netflix). Michael has toured the US and world as a pianist and conductor of Broadway musicals Wicked, Les Miserables, Altar Boyz, Aida,and Xanadu, and has also performed regularly as the pops pianist with the Grand Rapids Symphony Orchestra. Other TV credits include Grace and Frankie (Netflix), Why Women Kill (CBS), and Alter Ego (Fox).

Michael was the music director for Grammy-nominated Perla Batalla at her sold-out concerts across North America and for Sing: On Tour and Universal Monsters Live at Universal Studios in Osaka, Japan. He has worked with artists such as Ariana Grande, Scarlett Johansson, Joely Fisher, Carole Cook, Bruce Vilanch, Cole Escola, Il Divo, and the Los Angeles Ballet, with which he performed the iconic celeste solo for their production of Tchaikovsky’s The Nutcracker. In summer of 2019, he and Shawn Ryan wrote their first full-scale musical, Hell on Earth, garnering the pair and cast rave reviews after their New York City premiere in January 2020, featuring Broadway’s Anthony Rosenthal and Tony Award winner Laurie Metcalf (read the Broadway World review HERE). The writing duo just completed work on their second show, Side B. Pablo Rossil’s first two Swingin’ with the Music of… albums have also featured Michael on piano.

Michael resides in Los Angeles where he acts as an in-demand music director, composer, arranger, accompanist, and vocal coach.

Jonathan Bross began his career as a composer and arranger by opening his own Sound Studio SOUND OVER SOUND producing bands and musicians in the Tri-sate area. In addition he co-composed/arranged music with Cleo award winner MALCOM DODDS for ‘PUCKIMUCK,’ which Premiered off Broadway at THE JOHN HOUSEMAN THEATER. Also a Full season PLAYHOUSE 22 in BUCKS COUNTY PA. This musical had a successful matinee run at THE BITTER END, NY – Starring Chorus Line Alumni PAMELA WILSON.

Jonathan also co-composed and arranged music with his brother ERIC BROSS and EDWARD HADDAD, lyrics by JONNIE BROSS, for the musical THE SHOE, that played all over the Tri State area, including a season at THE HAMLET THEATER in the West Village, New York City. This musical played in many theaters on both coasts and was commissioned by the Princess of Norway.

He also arranged and produced songs for a number of television movies and feature films like RESTAURANT, starring ADRIEN BRODY,  and the USA Network movie THE CHIPPENDALES MURDER, as well as the mini series TRAFFIC. Jonathan has recently contributed two songs for WALLIS AND WINDSOR. 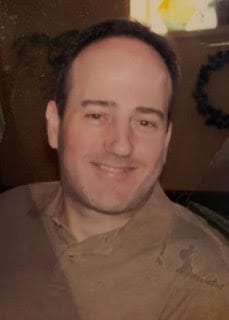 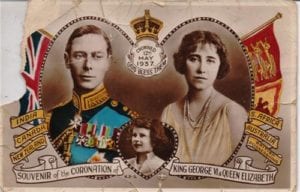 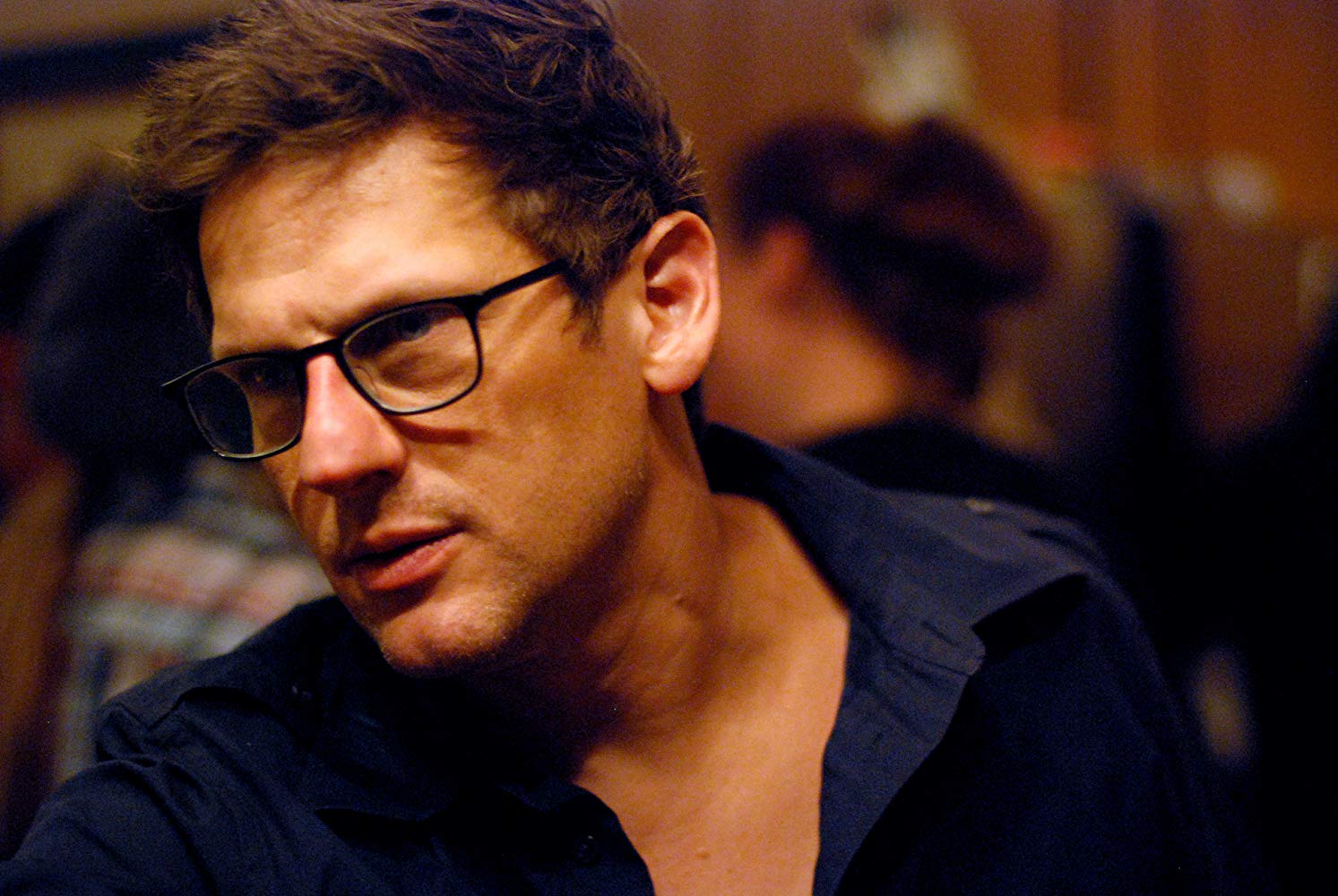 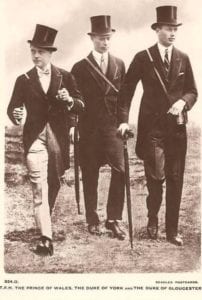 Eric Bross’ theater career began at the early age of 16 working with his mother Jonnie Bross, co-writing, performing and eventually directing the productions of several of their original family shows including THE SHOE. Since that time Eric Bross has gone on to a successful directing and producing career in feature films and television including his feature directorial debut, the critically acclaimed Sundance entry, TEN BENNY starring Academy Award winner, Adrien Brody. Bross’ other films include, RESTAURANT also starring Adrien Brody.

Bross also directed the romantic comedy, ON THE LINE for Miramax Films. He then went on to direct USA Network’s Emmy Award winning miniseries, TRAFFIC. Eric completed VACANCY 2 for Sony Films in 2008 and followed that up with the Nickelodeon original family movie THE BOY WHO CRIED WEREWOLF, starring Victoria Justice and Brooke Shields for which he won a prestigious DGA Award. Eric also directed the Lifetime movie, A COUNTRY CHRISTMAS STORY starring Dolly Parton. Eric is currently in development on the sci-fi, action movie, GOLIATH. Bross’ most recent film, AFFAIRS OF STATE was released theatrically in 2018 by Lionsgate films. 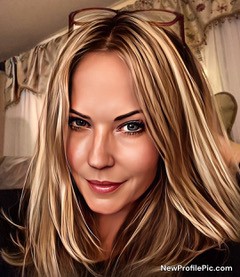 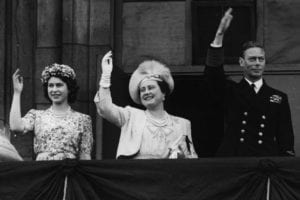 Gillian is our talented Co-Producer and sister who grew up on stage. She was the lead, Jessie in the TV Pilot, ‘Forever Young,’ did commercials and nailed plum roles like Tiny Tim in our family’s award winning Film version of, ‘A Christmas Carol,’ and Cinderella in the original musical ‘The Shoe,’ at the Hamlet of Bank St. Theater. Gillian has created her own projects, writing and producing a ground breaking female impersonator Show ‘A Night Of Illusion,’ performed all over the Tri-state area. She co-wrote the feature film script, ‘What A Drag,’ Co-wrote Television Episodic ‘Hostel People,’ Co-wrote the TV Pilot, ‘Playing It Straight,’ and Produced and Starred in her own Off Broadway Play, ‘Let It Go,’ at the Raw Space Theater N.Y. Along the way, Gillian proudly produced her son Jack William Macchio –-future VP of Cub Films!